Mine Boy by Peter Abrahams tells the story of a young man, Xuma, who arrives in Malay Camp, Johannesburg, South Africa in search of a job. He arrives in the city early in the morning and the streets are bare and the weather couldn’t be foggier. Xuma is suddenly approached by a middle-aged woman, Leah, who offers him help and shelter. Leah is a very confident character. She sells illegal alcohol in her house and is the head of her chaotic home to many. Leah is kind and she has a powerful way with her words.

Leah and Xuma reach the house and as usual there is chaos. Here we are introduced to all the main characters: Daddy the old drunkard, Maisy the sweet, understanding daughter of Leah, Ma Plank the gogo (grandmother) of the house, Dladla the violent young man not to be messed with and Eliza, the educated woman every man wants to marry. Xuma is absolutely smitten by her beauty and falls in love with her, immediately.

Soon after Xuma’s arrival in Malay Camp he gets a job as a miner. The job does not come close to what Xuma expects, including that it is too physically demanding, and pays too little. The bosses make it clear that what they require from him is blood, sweat and tears. On the other side his love life is a hectic love triangle because he’s involved in a relationship with Eliza, but love is simply not enough for her. She needs “the things of the white man” and Xuma, putting it simply, cannot deliver. Maisy on the other hand is a young woman who just wants to be around Xuma as much as possible and be in love. This love triangle is emotionally exhausting to all, and ultimately Eliza leaves him and Johannesburg, while Xuma and Maisy are left together.

This book shows what life under apartheid was like, but it also shows that people lived ordinary lives, and that’s what I appreciate the most. When I think of apartheid, I imagine difficulties and oppression, and this book illustrates how these played out, and affected Xuma daily. It also illustrates a man living his life, struggling with concerns such as work satisfaction, love and money.

Chwayita: When was the novel published, and what kind of South Africa does the novel depict?

Mpho: The novel was first published in 1946. Mine Boy showcases everyday black life under the oppressive rule of the white government. This book also gives deep insight into the powerlessness and strife of black people. This is mostly documented in Xuma’s experience in the mine, as well as the conditions of Malay Camp.

What is the life of a miner like? How does Abrahams write this life in a way that informs people that did not live or know of that life?

Firstly, most miners in this story were “fetched by the white man from the farms and some were from the land of the Portuguese” as he did not like the men of the city. This I don’t know why but this was how it was.

I suspect the men of the city were not as easy to control, as those from rural areas who had not become ‘city wise/street smart’.

On Xuma’s first day at the mines, he quickly learns that working conditions, sickness and any other inconvenience does not matter to the white boss – just if the pile of work is done, and he is happy. In the novel it is written, “Xuma didn’t like the white one. His eyes told you he was one of those white men who liked to kick you and push and curse you.” So, perhaps this shows the type of power exercised over workers.

Speaking of miners makes me think of the Marikana deaths, and how the lives of miners have not changed. Living salaries are still one of the biggest issues in the mining sector, together with the working conditions. I’m thinking of the deaths we have had of miners. Black life was always cheap and dispensable under apartheid and continues to be so even under the ANC led government of the time 24 years into this democracy.

This book compels us to also think of people still living in squalor, the inability to get decent medical care, the failing education system, and all other ills in South Africa. So, yes, the book invites us to stop and consider how far the mining industry has changed, but also all related aspects of society. There is plenty that is still found wanting, made worse by the seeming lack of care of the government towards its people. The apartheid government was corrupt, but they looked after their people.

Another question, why do you think he didn’t like men of the city? In the novel, what kind of place is the city? How is it characterised?

In this book it is not stated why the white man did not like men of the city, but they must have been easier to work with, and were not trouble makers.

Malay Camp is characterised as a small town filled with talent, warmth, danger and love.

In your own life, how are the city and rural areas distinct from each other? Do you think the novel’s sentiments about the city correlate with how you’ve grown up thinking of these places?

I don’t necessarily think that rural areas are warmer, but the people there are more likely to know and be associated with each other. The city is generally much more packed with people and vehicles as resources, and the pace of life is fast. The image of the city which I have is that it is packed with businessmen of the corporate world and people of rural areas have been dispossessed of wealth and land, so they are left as providers of labour for jobs, instead of back when they could provide for their own land.

Well, I think both places are more complicated than this, but yes, the business person has come to represent city life, and there are many other characters we associate with city life. The tsotsi used to be regarded as a feature of the city, as well as beggars. But crime in rural areas is equally rampant, the places can also be packed. My experience of the pace of life in both urban and rural areas is different, because the activities people engage in are different. So, no traffic jams and consequent rising blood pressures in rural places, but different pressures around the enterprises people are involved in leading to the same rise in blood pressures.

Thinking of what I saw growing up, regarding families and their relationship to land: firstly, my parents’ generation mostly grew their own food, had vast tracts of land which they farmed, and I don’t know if they ever sold their produce, but the family had enough. Thus, they could be a family of 10 children and even have relatives living with them. In my young years, my parents lived in an urban area, and we had a big vegetable garden, a flower garden in front, a lawn in the backyard and some fruit trees. But now I live in a flat, and if I want to grow anything, it will be in a pot. And it can be done, but I won’t bother- Pick n Pay, Woolworths, Shoprite and Checkers are around the corner, as are convenience stores, and even fruit and veg sellers. All my time is spent running to work, ferrying children around, and trying to live my best life (going out, pursuing interests, and nurturing relationships). My point is we can discuss life then and now in so many ways, but the measure of success has changed, and the pursuit of success has changed. Several generations ago in my family, wealth was measured differently to what I consider to be wealth now.

My ideal life would be rural. I would be happy to opt out of the pressures of the urban life. But I would want to take along some of the creature comforts I enjoy now. I envy people who have decided, “You know what, we are leaving the city.” However, I know they can afford to leave economic centres in ways someone else would not; they have money and means to make the change work. But it’s still not this simple. Life decisions never are.

So, back to the novel and Xuma…. what are the women in the novel like?

The dominant characters are Eliza, Maisy and Leah. Leah raised both young women and cares for them both deeply. Eliza is in a shaky relationship (what makes the relationship shaky) with Xuma and Maisy adores him with all her heart and grasps the little moments she gets to share with him. Both women are quite conservative and have a shy side but at the same time very different. Maisy is quite a playful character and Eliza is more serious.

Are these women you would be happy to befriend, or maybe regard as big sisters you could talk to about life’s troubles?

Eliza could be a big sister, and even though she has many challenges, she is nice. Maisy would be a friend because she is light hearted, fun and beautiful. Leah is an older woman, she is a motherly figure who gives advice, so in times of trouble I would run to her.

I didn’t like how they thought a man is in charge, and if you do something wrong, he can hit you. This happens in the book when Xuma is pursuing Eliza; Leah tells him if Eliza won’t accept his advances, he must force her. This is different to the messages we are learning today about male-female relationships, so yes, it stood out for me.

After reading Mine Boy, I would like to read more African Classics just to get a picture of how life was different to mine, and to today’s.

So, please tell me about your drawings.

My drawings are based on scenes that really made me love the book. I take the quotes and draw them into pictures that relate how i feel about the particular scene.

Just tell me a bit about other books you’re thinking of reviewing here.

Well, Doreen Baingana’s Tropical Fish was great. The girls, 3 sisters, in that book go through hell, and it was difficult to read because they are young, and their difficulties were not a result of their actions, but mostly of life happening to them. The book is set in Uganda.

Another book I enjoyed is from Harmony High Series, titled Broken Promises, and From Boys to Men from Pace Setter Series.

Book of the Dead teaches a lot about the intentional selfishness of infecting others with HIV, but I wouldn’t want to dwell on it. Kopano Matlwa’s Spilt Milk wasn’t as difficult to read as Period Pain, and I enjoyed Coconut as it’s from the perspective of a young girl, and I could see how the youth deal with class, race, and sexual violence, which I largely hear of in news reports.

Currently I’m reading Chimamanda Adichie’s Purple Hibiscus. I tried Maya Angelou’s I Know Why the Caged Bird Sings, but maybe not yet. I enjoyed Bonang Matheba’s From A to B. James McBride’s The Color of Water is a great biography too. 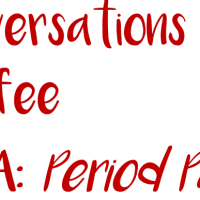